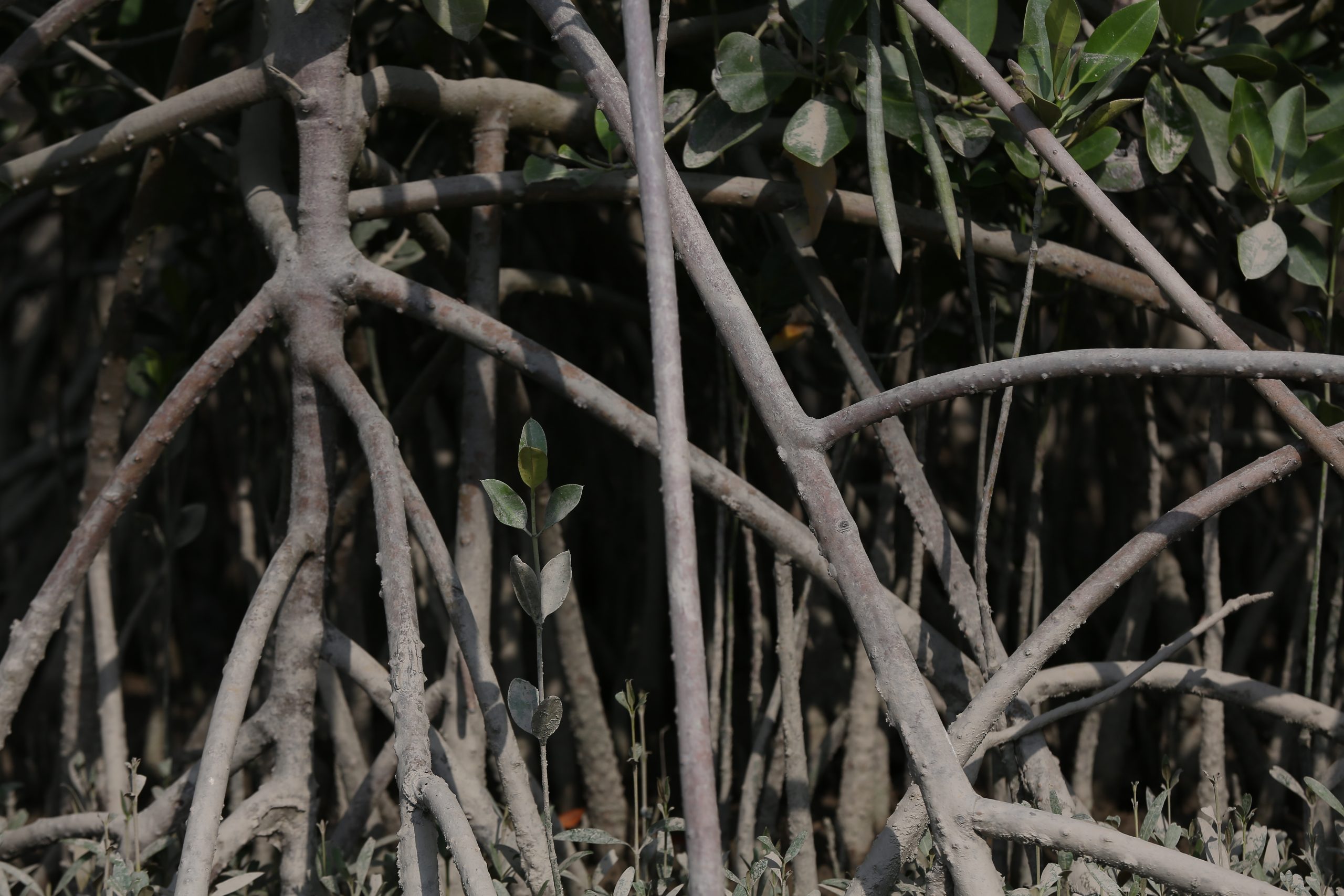 Carbon Growth Partners, Trafigura and Respira International will purchase the first verified offsets generated by the pioneering programme in transactions which could see up to three million carbon credits traded.

Details of offtake agreements for the Delta Blue Carbon Project (DBC-1) were disclosed this morning by the project’s owners Indus Delta Capital (IDC), the Government of Sindh and Pollination.

The transaction is another major milestone for DBC-1 which is being implemented in the Sindh province of Pakistan over 350,000 hectares of tidal wetlands – an area bigger than Luxembourg.

DBC-1 has been operational for six years and has already restored more than 73,000 hectares of degraded mangrove forests and tidal wetlands. The project is expecting delivery of its first three million carbon credits later this year and it will sequester an estimated 142 million tonnes of CO2e over its 60-year lifetime.

Nature-based solutions are widely recognised as critical to tackle climate change – this project demonstrates their viability at the scale required.

Indus Delta Capital CEO & Founder Nadeem Khan said: “DBC-1 is a project of unparalleled scope and ambition and is premised on the concept of making use of coastal wetlands and oceans as a natural climate solution. This significant sale has secured the project’s future and will help us to scale up our activities.

“Projects such as these require large-scale financing. Private sector investment through the carbon market is unlocking this new frontier in conservation,” he said.

As well as environmental and climate benefits, the project is also delivering significant benefits to local communities.

Planting the mangroves has created hundreds of local jobs, which is expected to grow into thousands as the project expands thanks to carbon finance. A “ward and watch” programme is also put in place after planting, creating a new revenue stream for local communities paid to protect the mangroves through Mangrove Stewardship Agreements.

DBC-1 is one of the first projects to use Verra’s newly developed Blue Carbon tidal wetland methodology. The cutting-edge methodology accounts for the effects of sea level rise over the project’s lifetime. Technical analysis and documentation for the DBC-1 was developed in partnership with Silvestrum Climate Associates.

Government of Sindh Chief Minister Syed Murtad Ali Shah said: “Mangrove forests in the Indus Delta have experienced large scale degradation due to logging, upstream activity and rising sea levels. It is the priority of the Government of Sindh to restore, protect and preserve these precious ecosystems which can play a key role in the battle against climate change.

“Our vision is to protect the Indus Delta wetlands from human disturbances so that they can be safely passed on to future generations. Consequently, the project is being implemented in partnership with local forest-dependent communities and positively impacts their livelihoods and well-being, enabling them to act as the true custodians of these forests.

Pollination Co-Founder Martijn Wilder said: “A Blue Carbon project at this scale is a game changer. Over a third of emissions reductions and removals needed to keep below 2 degrees could come from nature-based solutions – this project demonstrates their viability at the scale required. The project is a one of the world’s largest carbon removals that will also greater enhance biodiversity and help local communities.”

“Members of the Pollination team have worked across climate finance, carbon markets and nature for more than twenty years – this is one of the most significant milestones we’ve seen,” he said.

Carbon Growth Partners CEO Richard Gilmore said: “Acre for acre, mangroves are among the most vital ecosystems in the world, the heartbeat of oceans and coasts. Sadly, 50% of mangroves have been lost in the last 50 years and it is essential that we protect and restore them. Focussing on investments that have the most robust carbon performance, additionality and permanence allows us to deliver the most climate impact, while optimising the Fund’s risk-adjusted returns. CGP is always looking to invest in the highest integrity projects with the highest quality partners, and this project delivers both.

Respira International Co-founder and CEO Ana Haurie said: “We are delighted to be involved in this landmark transaction and use our balance sheet to invest in the world’s largest blue carbon project, which will deliver large scale impacts for climate, biodiversity and local communities. We believe this commitment will provide Indus Delta Capital and the Government of Sindh with the resources they need to move forward with financial certainty, helping them focus on implementing and developing this truly impactful project.”

Trafigura Global Head of Carbon Trading Hannah Hauman said:“Trafigura is delighted to support the Government of Sindh as an anchor offtaker of the exemplary Delta Blue Carbon Project that will produce high quality, nature-based removal carbon credits to accompany our primary portfolio of nature based solutions for our customers. The Delta Blue Carbon Project is exceptional in both its scale and execution. It has the distinction of being the world’s largest Blue Carbon project, providing significant community benefits, such as enhanced livelihoods, clean water supply, and biodiversity for vulnerable and threatened species.

“Our investment, alongside others, will enable this work to continue to deliver community, biodiversity and climate benefits, producing much needed carbon removals as the world progresses to Net Zero.”

Indus Delta Capital (IDC) works to promote forest and agricultural emissions reductions projects that provide community benefits in Pakistan, particularly in respect of biodiversity conservation and poverty alleviation. IDC are the project developers. There are currently 30 full-time staff dedicated to the Sindh Mangrove project in Pakistan. This is an integrated team of experts from both IDC and the Sindh Forest Department working in a formalised public private partnership. IDC has offices in London and Karachi plus a site office in the district of Thatta.

Pollination is a global climate change investment and advisory firm. Pollination works with corporate, government and financial institution clients to design, implement and finance their transitions to net zero and nature positive business models. Since launching in 2019, Pollination has brought together an outstanding concentration of climate finance, carbon markets and investment expertise, accompanied by deep relationships across the corporate sector, governments and financial markets.

Carbon Growth Partners is a leading investment manager in global carbon markets with a portfolio of more than AU$260m of highest integrity carbon assets under management. Led by a team of committed professionals with more than 100 years’ experience in climate finance, policy and markets, investment banking, conservation and community development. Carbon Growth Partners invests for returns and impact, focusing on identifying, acquiring and managing the best value carbon assets that can deliver superior returns to investors while supporting energy transitions in developing countries, restoring and protecting nature and bringing meaningful and genuine carbon offset solutions to businesses.

Founded in 1993, Trafigura is one of the largest physical commodities trading groups in the world. At the heart of global supply, Trafigura connects the world with the vital resources it needs. Through our Oil & Petroleum Products, Metals & Minerals, and Power & Renewables divisions, we deploy infrastructure, skills and a global network to move commodities from where they are plentiful to where they are needed most, forming strong relationships that make supply chains more efficient, secure and sustainable. Trafigura also owns and operates a number of industrial assets including a majority share of global multi-metals producer Nyrstar and fuel storage and distribution company Puma Energy; and joint ventures Impala Terminals, a port and logistics provider, and Nala Renewables, a power and renewable energy investment and development platform. With over 1,000 shareholders, Trafigura is owned by its employees and employs over 13,000 people working in 48 countries. Visit: https://www.trafigura.com