By Jen Stebbing31 October 2022No Comments

Demand for UK carbon soil certificates is expected to be strong. One of the first companies to buy certificates generated by Blaston is DASH, the British ‘wonky fruit’ infused sparkling water brand, attracted by the UK provenance of the certificates. The value of the certificates and the SFI payment together ensure that regenerative agriculture practices are economically viable and at Blaston sales of carbon certificates will become the second largest income on the farm after wheat.

We need nature-based solutions which include better land management practices such as soil carbon gains, to provide 30% or more of the mitigation required by 2030 in order to keep our global climate goals in reach. The Project, advised by independent agronomy consultants Indigro Ltd, land agents Fisher German and legal advice from Womble Bond Dickinson, covers an initial area of 230 hectares and benefitted from regenerative agricultural practices sequestrating 5,000 tonnes of CO2 from the atmosphere, net of emissions, in 2020/21. 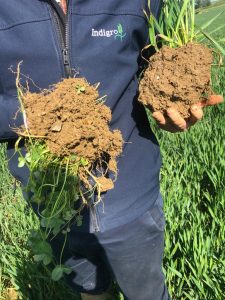 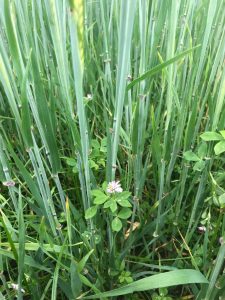 Respira International (“Respira”) is pleased to announce that it has signed a multi-year agreement with Philipson Estates, owner of Blaston Farm near Market Harborough, Leicestershire for the purchase of voluntary carbon certificates generated through sequestration on arable farmland.

Respira has committed to support Blaston by purchasing the carbon certificates for the current and upcoming production cycles. The sale of these certificates into the voluntary carbon market offers the potential for UK corporates to compensate for their ongoing emissions by funding domestic sequestration, with the assurance that comes with the independent high integrity sampling method. This income stream is essential to stimulating the wider adoption of similar regenerative practices across other farms in the UK.

Respira International’s co-founder and CEO Ana Haurie said: “The greatest medium to long term risk to local food production is from climate change and other environmental pressures. Soil degradation, erosion, and compaction are estimated to cost about £1.2 billion each year in the UK – in addition to which they reduce the UK’s capacity to produce food. By establishing a financial incentive to encourage measured positive environmental outcomes, the private sector can support the much needed transition. To that end, we are seeing strong demand from corporate buyers to support this, and similar, initiatives.”

Hylton Murray-Philipson of Philipson Estates said: “This really is a win-win transaction. It’s good for the soil; good for biodiversity and good for the planet. Sales of carbon certificates will produce more revenue than we traditionally received from Brussels and will enable Blaston to be financially and environmentally sustainable going forward. I hope that this transaction will encourage farmers up and down the country to adopt regenerative practices to restore life to the soil, enhance profitability and make a decisive contribution to achieving net zero.”

Co-Founder of DASH, Jack Scott said: “Our certificates from Blaston are a key part of ensuring DASH fully compensates for its emissions footprint and remains so. We have been to Blaston, we know the team and the land and we are delighted to support  a British farm doing great things for the environment. ”

Parliamentary Under-Secretary at DEFRA, Lord Benyon said: “I was briefed on the work at Blaston when I had responsibility for green finance and I am thrilled to see it coming together. This is a trailblazer for similar schemes rewarding farmers for doing the right things for food, for carbon and for biodiversity.”

Farmer Hylton Murray-Philipson set his business the goal of improving soil health by diversifying cropping and farming with nature, to enhance the farm’s sustainability and turn it into a net sequesterer of carbon, whilst at the same time producing healthy, nutritious food.

This comes amidst the challenging context for conventional farming with undiversified crop rotations resulting in loss of soil organic matter, plateauing yields, an over reliance on sprays and artificial fertilisers, and the loss of EU support under the Basic Payment Scheme ( BPS ).

Blaston have adopted regenerative principles with the support and advice of Indigro. The starting point for the estate was to focus on Minimal Soil Disturbance. Heavy cultivations and ploughing have led to a reduction in soil organic matter and ultimately a release of carbon.  Direct drilling was introduced at Blaston after the first cover crop was established. All arable crops are now direct drilled leading to a reduction in emissions; reduced soil erosion; and an increase in soil health and organic matter.

The second principle is Permanent Soil Cover. Soil left exposed to the elements will erode, and potential plant nutrients leach into watercourses. Permanently covering the soil using a range of species allows the soil to be protected and helps the build-up of soil organic matter. The cover not only protects the soil, reducing CO₂ emissions but the cover crop also draws down carbon from the atmosphere.

The third principle is Diverse Crop Rotations and Interactions. Nature is naturally diverse and regenerative agriculture encourages this. Blaston re-introduced livestock-grazing and rotational grasses in the arable rotation. The livestock improve soil biology whilst the grasses encourage soil health and reduce weed burden.

ecometric carried out detailed soil analysis across all fields in the project area prior to the start of the 2021 growing season, and then repeated the measurement a year later in order to quantify the precise amount of carbon dioxide absorbed by the project over the production cycle. The results were further cross-checked using ecometric’s satellite imagery AI analytics. Total farm emissions including permanent pasture and animal production were then subtracted from the carbon gain to ensure the farm is climate positive and a net sequesterer of carbon. This equated to over 5,000 tons of carbon for the 21-22 period.